During 2016, the Board of the Petroleum Authority of Uganda commenced recruitment of the top management. An Executive Director for the Authority was appointed effective September 2016 and Directors to head the respective Directorates in the PAU commenced work during February, 2017. 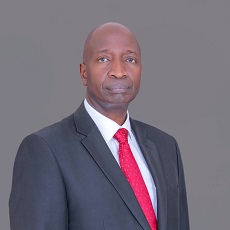 Executive Director and Secretary to the Board

Mr. Rubondo completed a Master of Science in Petroleum Reservoir Geology at the Imperial College of Science, Technology and Medicine in London in 1990 and worked briefly with Scott Pickford Plc in the United Kingdom. He returned to Uganda to participate in field geological and geophysical data acquisition as part of the petroleum exploration effort in the country. He worked with the Ministry of Energy and Mineral development for over 30 years, and was Commissioner for the Petroleum Exploration and Production Department (PEPD) between 2008 and 2014 and Director for Petroleum between 2015 and 2016. He has been a member of the Uganda Government team that promotes the country’s petroleum potential and also negotiates Production Sharing with oil companies for acreage in Uganda’s Albertine Graben. Mr. Rubondo chaired the working group which coordinated the formulation of a draft National Oil and Gas Policy for Uganda which was approved in 2008 and was also a key participant in the formulation of Uganda’s new petroleum laws which were passed in 2013. He led Uganda’s technical team in the joint evaluation of an optimal pipeline route transporting Uganda’s crude oil to the East African Coast. He is a member of the American Association of Petroleum Geologist (AAPG), the Society of Petroleum Engineers (SPE) and the Geological Society of Uganda. He is also the recipient of the Global Pacific Award for Distinguished Contribution to the African Oil and Gas Industry, 2007. 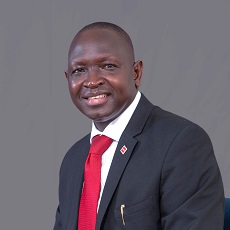 Director for Finance and Administration

Mr. Otonga Ochan is a Fellow of the Association of Chartered Certified Accountants of the United Kingdom, and a member of the Institute of Certified Public Accountants of Uganda. He holds a Master of Business Administration degree from Edinburgh Business School, Herriot-Watt University, Scotland. Mr. Otonga Ochan has over 21 years’ experience in strategic planning, financial management, corporate governance, leadership and administration. He has been the Commissioner Corporate Services in Uganda Revenue Authority for nine years, serving as head of the department of Finance, Administration, Human Resource and Information Technology. 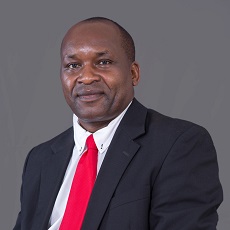 Mr. Abeinomugisha holds a Master of Science in Petroleum Geoscience from the Royal Holloway College, University of London. He was the Assistant Commissioner, responsible for Refining in the Midstream Petroleum Department, Directorate of Petroleum, in the Ministry of Energy and Mineral Development before being appointed Director for Exploration in PAU. He worked with the Ministry since 2000 and has extensive experience in geological mapping and management of petroleum exploration licences. He was the President of the Geological Society of Uganda (GSU) from 2005 to 2012 and has authored several publications, reports and presentations that have been published in international journals. 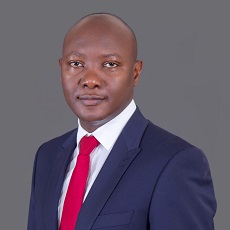 Director for Development and Production

Mr. Nyombi, a Reservoir Geophysicist, holds a Master of Science degree in Petroleum Geophysics from the University of Leeds and a Master of Laws degree in Petroleum Law and Policy from the University of Dundee in the United Kingdom. Mr. Nyombi has over thirteen years’ experience in the oil and gas industry with the Ministry of Energy and Mineral Development. He was License Manager for the Kingfisher Development Area, first production license issued in Uganda, and has been involved in monitoring and regulating oil company operations. He has also participated in formulation and drafting of Uganda’s new petroleum legislation as well as chairing the committee which prepared the draft model petroleum production sharing agreement for Uganda between 2014-2016. 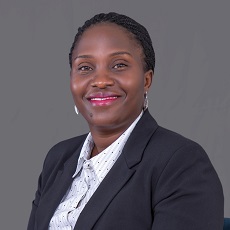 Ms. Aheebwa holds a Master of Science degree in Energy Studies specialised in Oil and Gas Economics from the University of Dundee UK and a Master of Arts in Economic Policy and Planning, from Makerere University. She has worked with the Ministry of Energy and Mineral Development since 2002 where she rose through the ranks to the position of Principal Petroleum Officer in 2015. She has vast experience in the areas of economics, commercial aspects, policy and planning for the oil and gas sector. 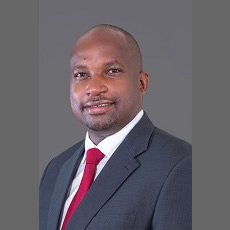 Dr. Joseph Kobusheshe is a Civil and Environmental Engineer who started his career in 2000 as a Graduate Engineer. He worked as Project Engineer on several infrastructure projects and as a Town Engineer before joining Ministry of Energy and Mineral Development in 2004. He has been instrumental in the development and implementation of policy, legislation, strategies and plans for ensuring prudent management of health, safety and environment aspects of Uganda’s oil and gas sector. Prior to his appointment, he was head of the Health, Safety and Environment Unit at the Ministry of Energy and Mineral Development. He holds a PhD in Environmental Engineering and a MSc. in Environmental and Resource Engineering from the University of Nottingham, UK. He is a member of the Society of Environmental Engineers, UK. 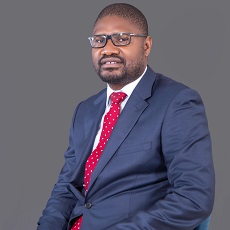 Director for Legal and Corporate Affairs

Mr. Ali Ssekatawa was appointed the Director for Legal and Corporate Affairs in the Petroleum Authority of Uganda during 2017, and has over 11 years’ experience, specializing in tax and oil and gas law. He served with the Uganda Revenue Authority from 2005, rose through the ranks, and was appointed Head of the Litigation portfolio and was a public tax prosecutor from 2011 to 2017.

Mr. Ssekatawa holds an MBA from the Eastern and Southern African Management Institute (ESAMI) and an LLM in Oil and Gas Law & Policy from the University of Dundee. He is an advocate of the High Court of Uganda and holds an LLB (Hons) from Makerere University. He has litigated and won ground breaking cases in Uganda and in other International Tribunals such as the International Centre for Settlement of Investment Disputes (ICSID) and the Permanent Court of Arbitration.

He has been the Country Representative for Uganda on the African Team of Tax Experts under African Tax Administration Forum (ATAF) and also at the Global Forum on Transparency and Exchange of Information under the OECD. He is a certified Arbitrator for tax matters. He served as the Chairman of Uganda Revenue Football Club from 2009 to 2017, winning three national trophies. 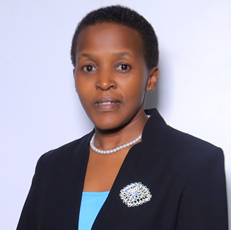 Director for ICT and Data Management.

Ms. Kasigwa holds an MBA and a Masters of Engineering Degree in Computer Science & Information Technology from Central South University – CHINA, and an honors Bachelor of Science Degree specializing in Mathematics, Physics and Computer Science from Makerere University. Ms. Kasigwa is registered and certified Project Management Professional (PMP) from the Project Management Institute -USA; and has several ICT professional qualifications, Risk Management and Cyber Security international and Data Management certifications.
Ms. Kasigwa has worked with the Ministry of Finance, Planning and Economic Development (MoFPED) since 2003-2012 as an IT Specialist Consultant on implementation of the Integrated Financial Management System (IFMS) Project, a GOU Payment System, and effective 2013, as a Project Manager Consultant for the Integrated Personnel and Payroll System (IPPS) Project under The Third Financial Management and Accountability Program (FINMAPIII-MoFPED) deployed at Ministry of Public Service.
She has vast experience in the delivery of Mission-Critical ERP Systems, Data Management, Strategic Planning and Alignment of ICTs to the Business Goals and Processes, Design and Implementation of Secure and High Availability Data Centres, Systems Integration, Capacity Building, Leadership and IT Governance.